The Army, a rare track by à;GRUMH… from the 1984 compilation tape T-Compilation.

It is also available in the USA through the label DARK ENTRIES : 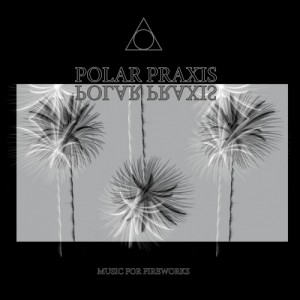 It is an album of dance/new age electronic music, rhythmic, mixed, effects… that was quite succesful at the time and has now a new youth though this re-release.

It is a COLORED vinyl record, firework style, under glossy cover. 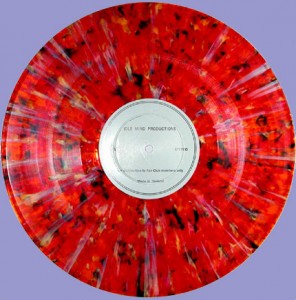 On May 6th, 2005, J3 sEUQCAJ will perform with T-Circle member JCS47 nAEJ eHPOTSIRHC (from DSO – Drahomira Song Orchestra and possibly B17 tIONEB (formerly Metastatic Carcinoma, now Cobra’§ Egg) in Paris. The performance will be by “Theee Rebearh Corporation v.3.47” and the location is “Le Point Ephémère”. The festival is called “Week End Sous Tempsion” and info can be found here. Music for this performance will be prepared by S3, J3 and B17, but S3 will not appear on stage. Drahomira Song Orchestra will also appear as itself the next day. JCS47 nAEJ eHPOTSIRHC is cureently experiencing the first stages of “Crotte au Cul”, following J3’s nomenklatura in his book “The several moods before going on stage”, not published on TTKK editions in 1986.

J3 has also started working with Benoît Blanchart from “The Forces of the Sony Electronical Dog” (Aiboforcen) on several tracks and has contacts & plans with important industrial artists (including some from Himalayan countries) for studio and stage projects.

With all the new songs and the ones in progress, it became obvious that a new album from nEGAPADRES.3.3. was going to be ready soon. Release date is planned for the middle of 2003. At the same time, we will try to offer re-releases of TTKK tapes in CD format, as well as re-releases from the Circle Records catalogue. Negociations with PIAS are under way.

S3 started to work on a home page for à;GRUMH…, nEGAPADRES.3.3. and the Circle Records and TTKK products. Archives were digged, and the first draft of the home page was put online at the end of the year. Many reactions from fans and old and new friends started to flood by email. J3 got online right at that time, saving S3 lots of work in replying that mail. 🙂

Souvenir Souvenirs. This was the first concert of